This story originally appeared in The Conversation.

For many Americans, buying fresh local food at one of the estimated 9,000 farmers markets across the U.S. is one of summer’s pleasures. But farmers markets aren’t just nice amenities. Over the past 18 months, many have filled food supply gaps caused by COVID-19 shutdowns.

While numerous farmers markets shut down at the start of the pandemic, many soon reopened under state or local guidelines that mandated masks, social distancing and other precautions.

When grocery store supply chains were disrupted, consumer interest in local foods spiked, along with concerns about exposure to the coronavirus while shopping. Farmers market managers adapted swiftly, experimenting with options like prepackaged goods and drive-thru pickup.

In fact, many farmers markets enjoyed their strongest-ever sales in 2020. Affluent shoppers became more interested in buying local food, while lower-income buyers were able to use federal benefits like the Supplemental Nutrition Assistance Program. Stepping into this expanded role was no mean feat – but we know from our research in city planning and urban food systems that with adequate support, marketplaces respond vigorously to crises and opportunities.

The fall and rise of urban farmers markets

Farmers have been selling their goods at public markets in the U.S. for centuries. Many U.S. cities evicted or sidelined street vendors in the mid-20th century to make room for large-scale retail stores. But in the 1970s and ‘80s, farmers markets started reappearing in middle-class communities and suburbs.

This resurgence, which reflected the rise of the environmental movement, was most evident in university towns like Berkeley, California, and Madison, Wisconsin. In these communities, restaurants, farmers markets and educated consumers converged around the idea of eating locally produced food. Consumers wanted to taste flavors they remembered from childhood, and a new generation of growers were learning and practicing ecologically friendly farming methods.

At the same time, the U.S. Department of Agriculture became interested in the related phenomena of organic products and local foods sold directly to consumers. In the 1990s, the agency began to document the number of U.S. farmers markets. 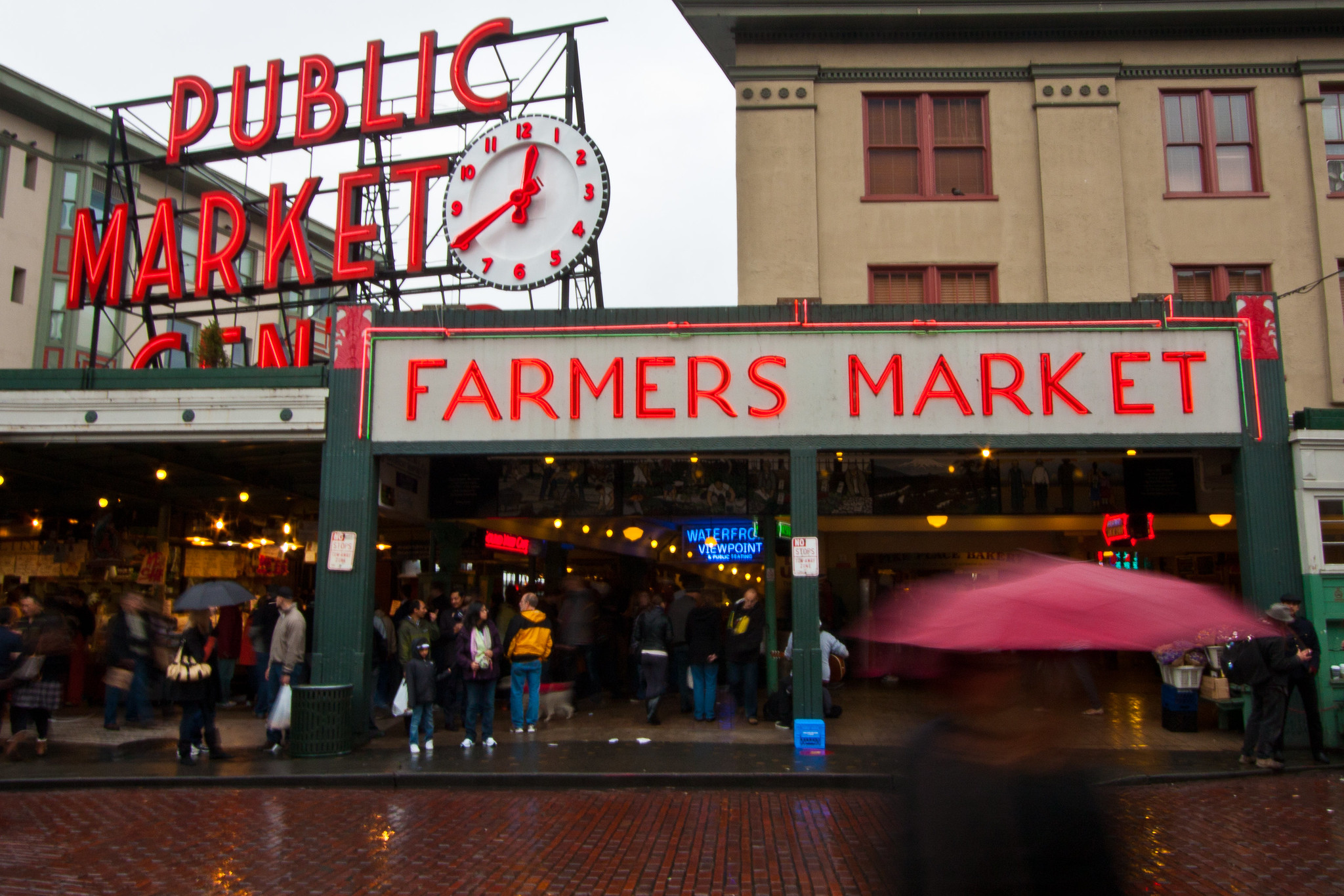 For example, by 2019 Chicago had 27 outdoor farmers markets across the city, offering goods such as clothing and furniture along with food. Some cities repurposed sites such as fairgrounds and drive-in theaters to house outdoor markets.

The pandemic worsened food insecurity in the U.S., where it already was a serious concern. A lack of reliable access to healthy food contributes to many long-term health issues, and has severe implications for child development.

According to the nonprofit organization Feeding America, food insecurity in the U.S. rose dramatically because of the pandemic. In 2020, 45 million people – including 15 million children – experiencing food insecurity, up from 35 million in 2019.

Federal funding distributed through the U.S. Department of Agriculture transformed food security during the COVID-19 pandemic. The Coronavirus Food Assistance Program took a variety of steps to move locally and regionally produced food into schools, food banks and farmers markets.

About US$19 billion went to these various outlets. Farmers markets helped to expand access to food, with most states declaring them to be essential services.

While there are no uniform national statistics, surveys and media reports show that many food-insecure people shopped at farmers markets during the pandemic. A survey by the Farmers Market Coalition found that in the summer of 2020, purchases using SNAP benefits – the largest federal food assistance program – increased over 2019 levels at nearly 40% of markets that responded. From central Texas to western North Carolina to Connecticut, farmers markets reported dramatic increases in customers using SNAP and Pandemic Electronic Benefits Transfer cards. Farmers market vendors in Florida explain how they coped with pandemic restrictions.

Farmers markets for the 21st century

As the pandemic showed, farmers markets make communities more resilient during catastrophic events. We are working to help markets become more effective and efficient so that they can play even larger roles in their communities.

Our team at the University of Wisconsin-Madison have developed a toolkit called Farm 2 Facts for market managers to help them collect and analyze economic, ecological and other data to address a wide range of questions. For example, markets have used the program to track visitor counts and demographic trends, conduct outreach to low-income and minority shoppers and estimate the markets’ local economic impacts.

We also are developing ecosystem metrics to help farmers and markets educate consumers about farmers markets’ important ecological benefits. This tool will enable farmers to measure how their products promote environmental goals such as biodiversity and soil health.

Technology investments are helping farmers markets to grow. One priority is having the capability to process electronic benefits transactions so that the markets can serve customers at all income levels. And decision-support software like Farm 2 Facts can help them document how farmers markets promote health, equality and sustainability.

The next time you visit a farmers market, look past the corn and cucumbers. You’ll see an organization that’s promoting health and wellness, contributing to the local economy and bringing people together.

Edna Ledesma is the Assistant Professor of Planning and Landscape Architecture at the University of Wisconsin-Madison. The corpus of her research, teaching, and mentoring focuses on understanding the development of the smart, green, and just 21st century city, particularly the cultural landscapes of immigrant populations, micro-economies, and their development of a new understanding of city place.

Alfonso Morales is the Vilas Distinguished Achievement Professor of Planning and Landscape Architecture at the University of Wisconsin-Madison. He is interested in applying science to support society and to help produce social goods and his research interests include social science theory and methods, organizations, food systems, public marketplaces, and street vendors.