How Do Strawberries Fruit In Winter? 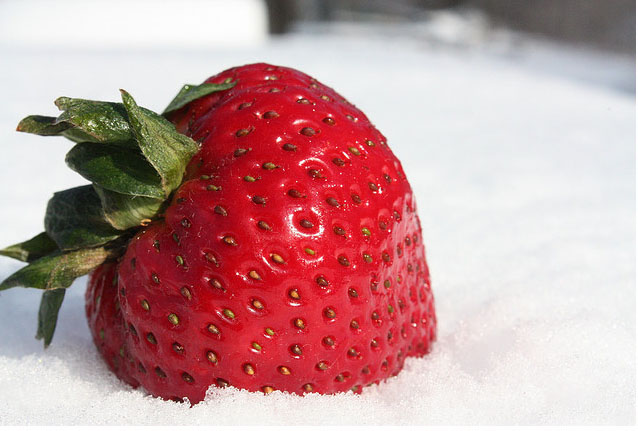 Once upon a time food was eaten in season and in place. That meant no strawberries in winter, no pineapples either. It also meant you’d be hard pressed to find sushi in Las Vegas. Cheap and abundant oil changed all that. And surprisingly not very long ago.

It was really the advent of the modern American interstate roadways in the 1950’s pioneered by Eisenhower that created a way for farmers to cheaply and quickly get their food from farms to tables far away. Today, food is often shipped thousands of miles, or in the case of the sushi in Las Vegas, flown to far flung destinations in refrigerated cargo containers.

Upon signing the “National System of Interstate and Defense Highways” Act into law, Eisenhower is quoted as saying, “More than any single action by government… this one would change the face of America… Its impact on the American economy – the jobs it would produce in manufacturing and construction, the rural areas it would open up – was beyond calculation.”

The new roadways combined with cheap and abundant oil to power trucks for shipping have completely changed the way American’s eat. We think nothing of seeing strawberries in the grocery store on a cold winter morning and nothing of the ability to order New Zealand Lamb on a menu. These are luxuries we have come to expect. But many who subscribe to the locavore movement say that to have a truly Sustainable America, we need to get used to eating food grown closer to home.

Locally grown whole foods are more affordable, support local businesses, have lower carbon footprints as a result of less transportation and are all around healthier than mass produced, processed foods. That means eating in season and eating according to place.