Hytch: An App that Pays you to Carpool

Traffic congestion is a huge problem in Nashville.

The metro area is growing rapidly and existing roads just can’t handle it. A recent referendum to build a 26-mile light rail system went down in a 2-to-1 defeat.

Meanwhile, entrepreneur Mark Cleveland and telecom visionary Robert Hartline have been working on a different, much less costly solution.

“Robert and I wanted to bring a solution to the table that could help reduce traffic congestion in the Nashville area,” offered Cleveland. “There are so many cars on the highways with only one person in them. So we thought, ‘if we can put two and three people in those cars, that will mean far fewer cars on the road.’ And we wanted to do it in a way that was politically palatable across the board and in a way that would democratize (with a small ‘d’) transit.” And so carpooling app Hytch was born.

Free for iPhone and Android users, Hytch tracks members’ shared rides, whether by carpool, rideshare, or public transit, with their contacts, earning them “Trees Saved” points. Which is nice, as far as that goes.

But what makes Hytch a potential ride-sharing market disruptor of the first order is its corporate sponsorship model.

Sponsor funds are passed along to Hytch drivers and riders. That’s right: Nashville Hytch members, no matter whether they are the driver or passenger, get cash for hitching up — or, shall I say, Hytching up — on a shared trip.

Nissan is Paying Employees to ‘HYTCH’

Nissan North America is headquartered in Franklin, TN, a 21-mile drive from downtown Nashville along I-65.

And they have a parking lot problem.

That’s where Hytch has come in.

“Nissan was looking to relieve parking lot stress,” said Cleveland. “They don’t have enough spaces for the number of employees’ cars. HR was actually looking to build an app to connect employees for ride sharing when someone told them ‘Hytch is already doing that.’ So we talked with them. Our key insight? Matching people to share rides is not the thing. Getting them excited about it is the thing!”

Nissan North America got so excited about the potential for their employees to get excited about getting paid to share rides, that they quickly became an early Hytch sponsor.

According to an article by Doug Newcomb in PC Magazine, “Nissan North America pays Hytch users 1¢ per mile anywhere in Tennessee and 5¢ per mile within the 10-county Middle Tennessee area. With other sponsors adding their own rewards to Nissan’s, Hytch said users can earn up to 12¢ or more per mile in some areas. If a driver or a passenger has a 20-mile roundtrip commute and drives 100 miles a week, this means he/she can earn $12 a week by using Hytch.”

Cleveland says the impact on the environment of the Nissan-Hytch partnership, along with other Nashville-area Hytch sponsors not affiliated with the automaker, was immediate and significant: “In our first six months of existence, Hytch helped to track and reward over 3 million miles of shared rides.” 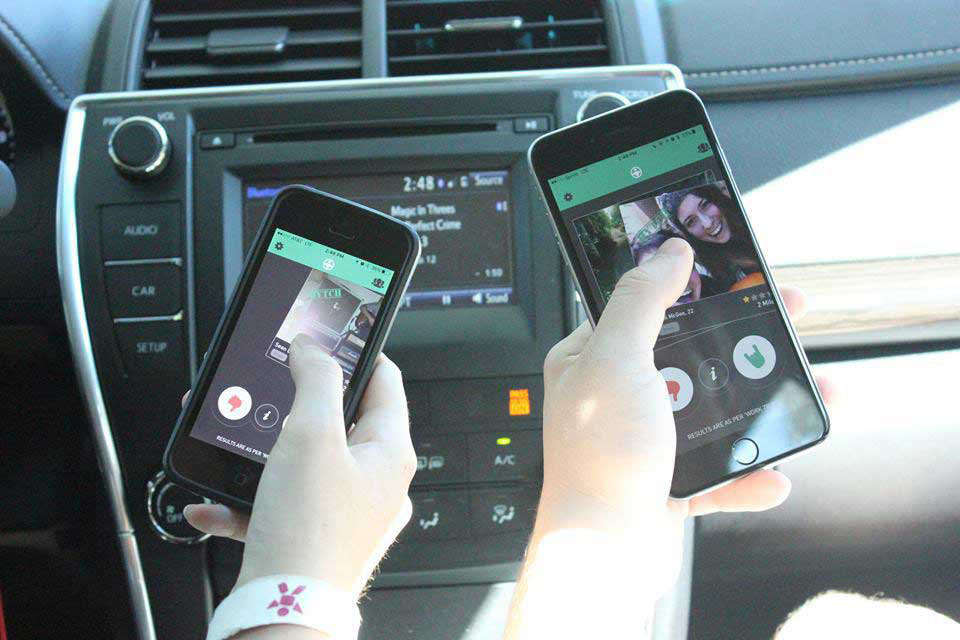 ‘Hytching’ to Sports and Big Events

Delmar Smith, a 12-year veteran of the Nashville Predators front office and the NHL club’s VP of corporate partnerships since 2013, expressed interest when Mark Cleveland approached the team in February about a partnership with Hytch.

“Traffic is the biggest issue in Nashville, and parking at our games is tight,” recalled Smith. “So, when our CEO, Sean Henry and I met with Mark in March, the Nissan-Hytch relationship got our attention. With Nissan being one of our top two corporate partners, that really intrigued us and we thought about doing something during the Stanley Cup playoffs.”

The main hitch (sorry!) was timing: Nissan-Hytch discussions took place in March, only a month before the playoffs would begin. Smith was understandably concerned about rushing into a promotional program and it not going smoothly. Then he called Nissan.

“Nissan gave me such positive feedback about Hytch and the employee program that it changed my thinking,” said Smith. “We actually had the time to construct a ride-sharing pilot program during the playoffs that would work logistically and be a benefit to our fans and the environment.”

When the Stanley Cup playoffs started in April, Hytch members who carpooled to Predators home games received 5¢ per mile, funded by Nissan. The team promoted the Hytch partnership on the Bridgestone Arena scoreboard, via social media and through street teams.

“Hundreds of Preds fans participated in the pilot,” reported Cleveland. “Their reactions were very positive.”

“While results were hard to measure with such a small sample of games, we felt good about the test,” added Smith.

The Predators, Hytch and Nissan intend to expand the program during the 2018-19 regular season.

Hytch expanded beyond its Nashville home base this summer with a partnership with the Vans Warped cross-country concert tour this summer, and it is actively looking to reach more employers, events and cities. “Every shared mile with Hytch is a zero-emissions mile,” said Cleveland. “Together we save the planet, one shared ride at a time.”

For more information about becoming a Hytch partner, visit hytch.me/partner.

A version of this article originally appeared on GreenSportsBlog.com. View the original here.

Lew Blaustein is the founder of GreenSportsBlog, which has become “the source for news and commentary at the intersection of Green + Sports.”