Most people don’t think of natural gas fueling cars, but it does! There are natural gas powered cars on U.S. roads right now. The Honda Civic Natural Gas runs entirely on natural gas, using no gasoline. The Honda CNG has a suggested retail price of $26,305, with possible tax incentives available. 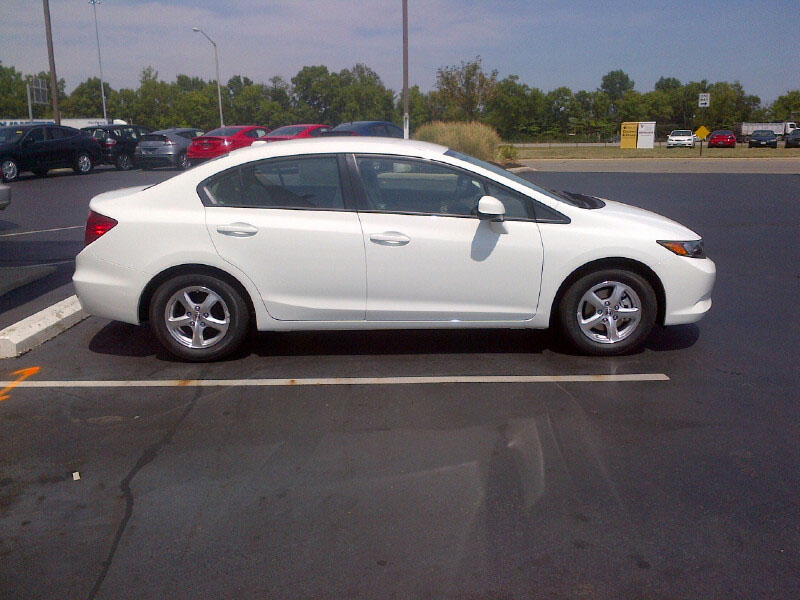 The U.S. Department of Energy’s Alternative Fueling Station Locator can direct you to public natural gas re-fueling stations near you. There are also home refueling stations available, like this one from Phill, that allow you to refuel your natural gas car overnight. The Phill units run on electricity and connect to the existing natural gas line at your house. More than half of U.S. homes are already equipped with a natural gas line. This picture of a home fueling station was sent to us by a proud new CNG vehicle owner!

Natural Gas Fleets
There are only about 130,000 natural gas vehicles, or NGVs, in the U.S. But commercial and government vehicles like garbage trucks and buses are switching to natural gas fleets left and right. In fact, one of every five new transit buses in America is fueled by natural gas.[^1]

Natural gas has its appeal. It comes from domestic sources, which eliminates the volatility of foreign oil. It produces 30% fewer greenhouse-gas emissions than gasoline or diesel. And it costs less than gasoline and diesel because of abundant production and supplies in the U.S.[^2] An added bonus: heavy duty natural gas vehicles are 80-90% quieter than comparable diesels, according to Natural Gas Vehicles for America, a trade group.

Currently, fueling stations are an obstacle for NGVs in the U.S. According to Bloomberg, “There are fewer than 2,000 natural-gas stations across the country – a fraction of the 120,000 that offer gasoline. This makes people and companies reluctant to shift to the new vehicles.” That may change in the future. Clean Energy Fuels Corp., a natural-gas provider backed by oil tycoon T. Boone Pickens, plans to install natural-gas pumps at 150 truck stops nationwide over the next few years.[^3]

Installing a commercial natural gas refueling station is very expensive. San Antonio Express-News estimates that installing one commercial refueling station can cost between $500,000 and $750,000. But natural gas still makes a lot of sense for companies and organizations with fleets of vehicles that all go back to the same place to refuel at night, like buses and garbage trucks. There are federal and local government incentives available for the installation of the stations, and the low price of natural gas creates savings that accrue rapidly over time. Fleet Owner claims that most fleets pay $1.65 to 1.80 for natural gas per equivalent diesel gallon, compared to nearly $4/gallon for diesel. These savings typically help recoup the cost of investment within a few years[^4]. Natural Gas Vehicles for America provides a list of federal and state incentives.

Part of Sustainable America’s mission is to decrease U.S. dependence on foreign oil. Natural gas vehicles do just that, and we will follow their progress in both the commercial and consumer markets.