A protected bike lane in Washington, DC uses parked vehicles as a barrier between cyclists and drivers Credit: Elvert Barnes under CC BY-SA 2.0

Cycling seems like a natural solution to the challenges caused by sedentary lifestyles and greenhouse gas-emitting transport. But getting people to bike requires investment from cities. Safe infrastructure is crucial to help as many people cycle as possible. Building this infrastructure can be challenging, however, without adequate budgeting and strong community buy-in.

My first time in the Netherlands, we went straight from the airport to a bike rental shop. Aboard my bright yellow cruiser, we explored the mid-sized town where my friend was living, and the massive network of bike paths that connected it to nearby towns.

Later, when living in New York City during the COVID-19 outbreak, I turned to cycling to avoid the subway. While New York can’t quite match the Netherlands for biking, it does have an impressive Citibike network and 1,000 miles of bike infrastructure. Still, biking in New York sometimes felt like an extreme sport, with delivery trucks blocking bike lanes, and flung open car doors on rideshares. 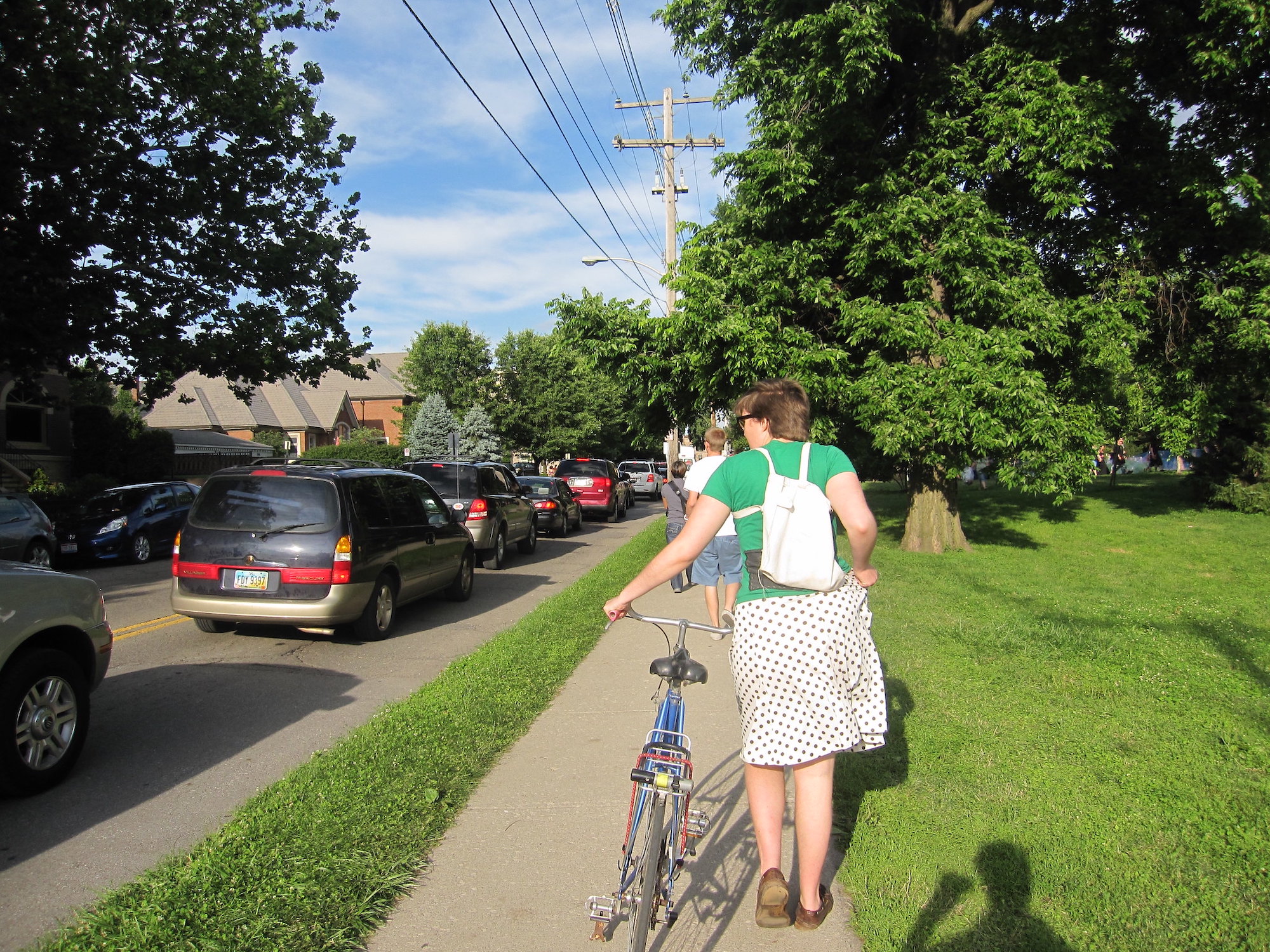 Cyclist walks bike on the sidewalk beside a clogged suburban street with no bicycling infrastructure Credit: badheartbull under CC BY-SA 2.0

When I moved back to the rural midwest, I tried to continue using my bike for transportation. I quickly discovered a whole host of problems - starting with a lack of spots to lock up my bike at the grocery store, post office, and library. Signed ‘bikeways’ in the nearby suburb are nothing more than gravel-coated 1-foot-wide shoulders beside cars going 50 mph, and sharrows on slow-moving but highly trafficked and hilly roads.

The rare bicycle faces honks and angry gestures from drivers. Often, people bike directly on the sidewalks — illegal, and frustrating for the few pedestrians, but understandably safer from the biker’s point of view. Sadly, my small town isn’t unique. The infrastructure of many parts of the rural and suburban United States were designed for cars and cars alone. 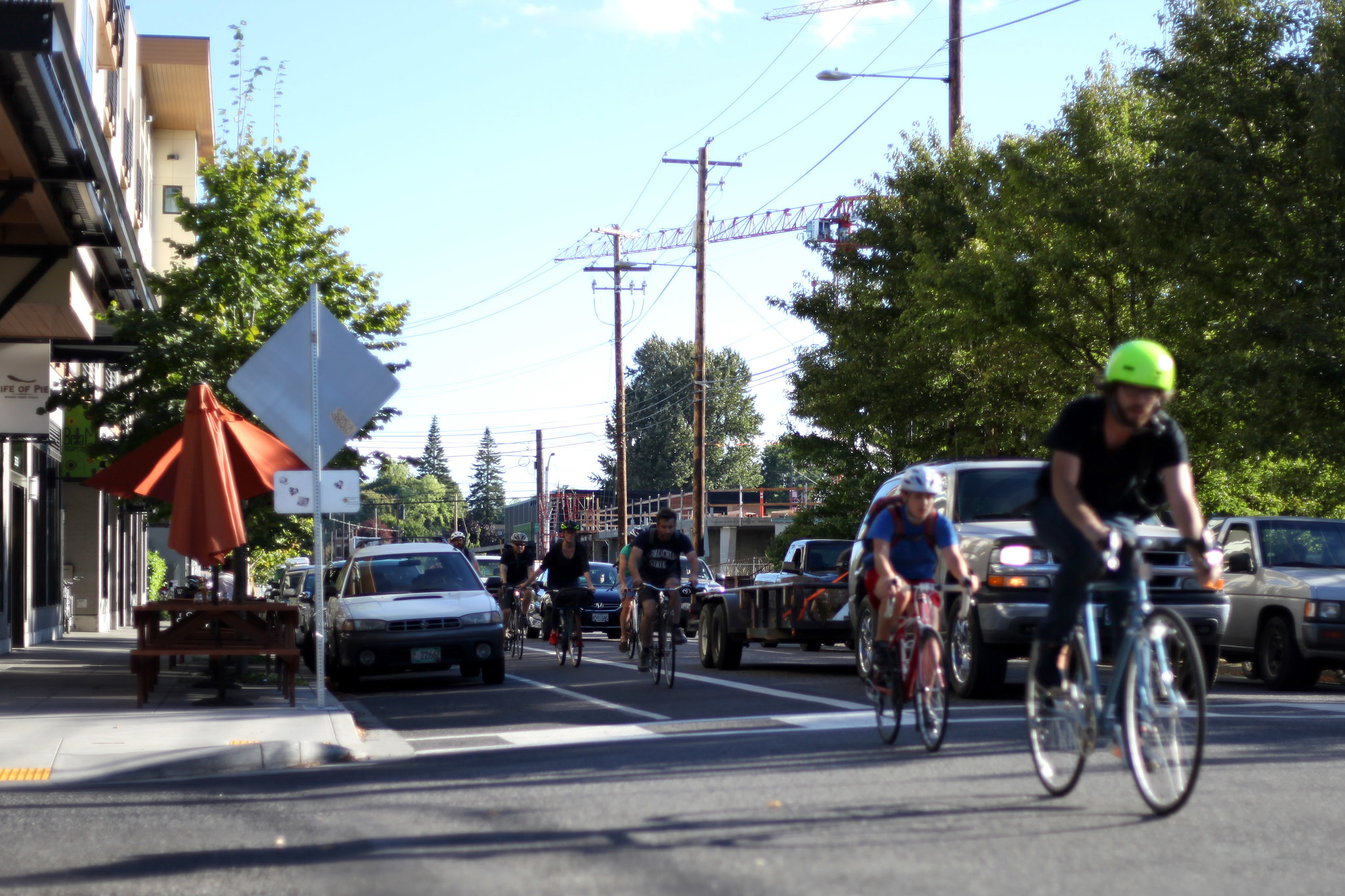 But we have a chance to change that. In 2021, the Bipartisan Infrastructure Bill included $2.2 billion for local infrastructure projects through competitive grants. This included a 60% increase in funding for the Transportation Alternatives Program, the “largest source of federal dollars for bike projects like protected bike lanes, trails, and multi-use paths.”

The Bipartisan Infrastructure Bill also introduces new requirements to encourage investment in transportation that does not emit greenhouse gasses, and support safety of vulnerable road users like cyclists.

Recently, a large study in Europe conducted during the early days of the COVID-19 pandemic looked at data from 106 cities, and found that the number of cyclists increased 11 to 46 percent more in cities with new bike lanes than those without. 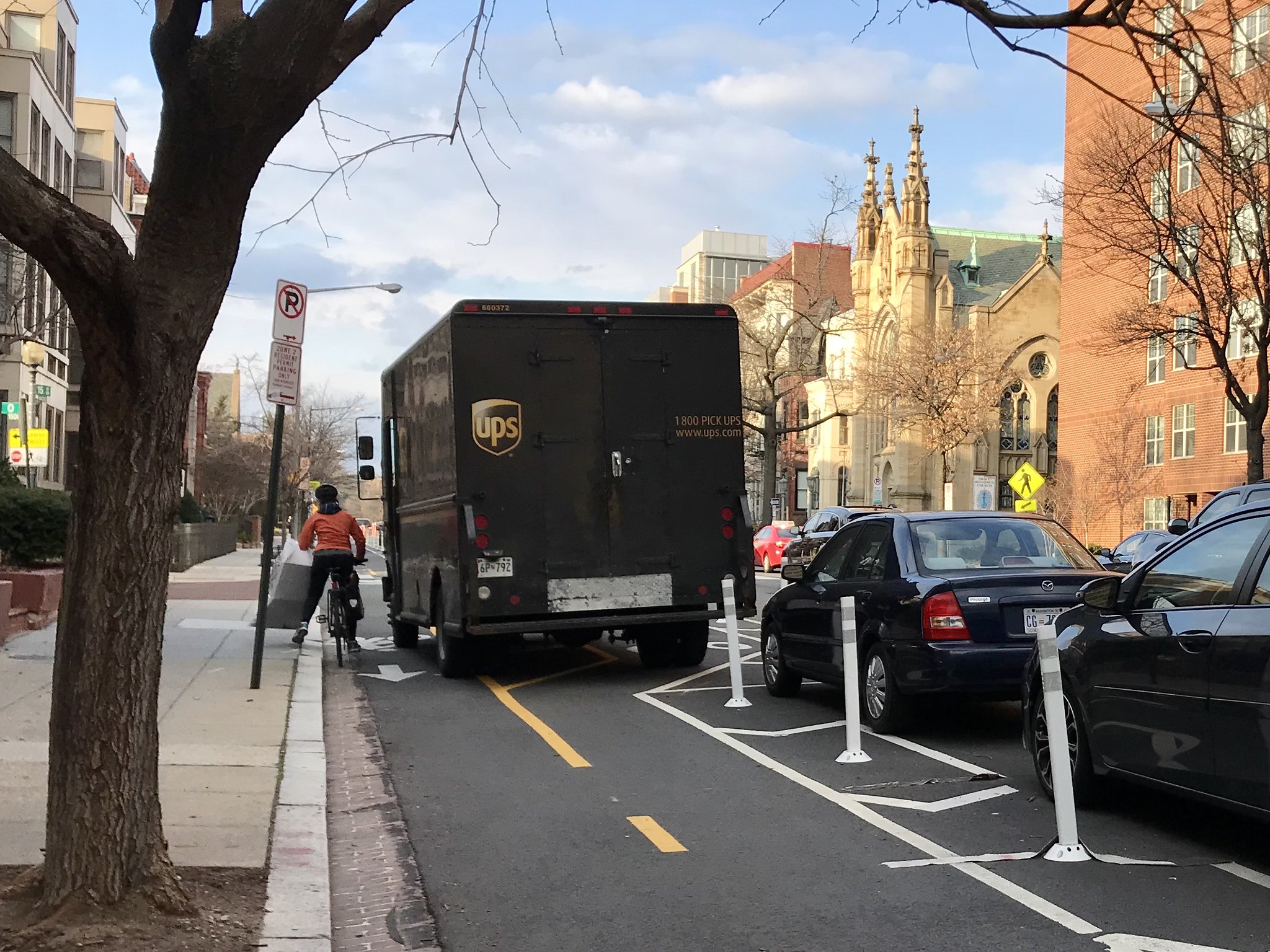 Infrastructure needs to be in the right place, and of the right type in order to encourage bicycling. In places like my suburban area, inadequate infrastructure does little to nothing to encourage people to ride. Advocates urge the use of protected bike lanes, where physical barriers like parked cars, bollards, or curbs separate cars from cyclists. This sort of infrastructure keeps cyclists safe and also helps them feel safe, reducing the barriers to entry.

But budget is a limiting factor. Poured concrete barriers and steel bollards for protected bike lanes have a higher cost. And separate bike lanes need far more space than simply creating a new lane on the existing road, often taking away from on-street parking.

Turning good will into action

An Urban Institute evaluation of the Last Mile Bike Program found that infrastructure only increased biking if designed appropriately, and with strong political and community leadership. For example, in some cities, projects struggled to move forward due to strong opposition by residents concerned about losing parking.

In many cases, this led to the creation of sub-optimal infrastructure for cyclists. For example, unprotected bike lanes going 100 miles might look good on paper and wouldn’t impact parking availability. However, it might be far less supportive of cyclists than shorter, strategically positioned, and more well-constructed protected bike lanes. 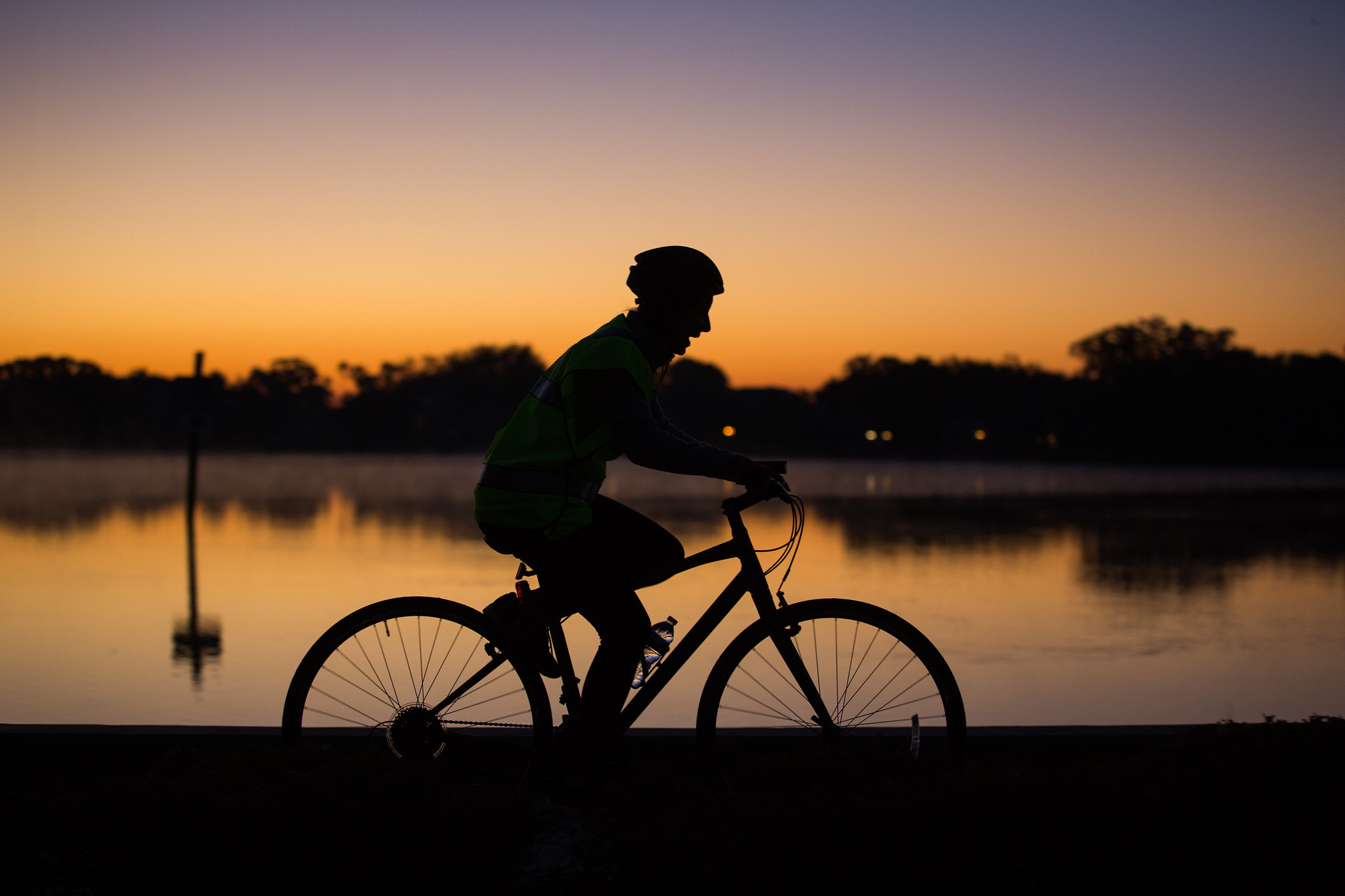 Building a better future for bikes

Safe supportive infrastructure is a necessity to increase the use of bicycles for transportation. And the benefits of protected bike lanes extend beyond those who are bicycling. Studies have shown economic benefits for businesses, better safety for pedestrians and drivers, and health improvements for whole communities. And while bike infrastructure for transportation has tended to be the domain of urban centers, rural and suburban communities can and should benefit too.