For some people in the US, rail travel seems a nostalgic figment of the past. For others, stronger rail networks promise economic revitalization outside urban centers, and a less congested, more connected country. Proposed high-speed rail projects have the potential to generate tremendous benefits, but only if they can overcome logistical and political challenges.

A story of US transportation

Although the US has the most railroad tracks in the world, the majority of that infrastructure is used for freight. While the US was a passenger train pioneer in the 19th century, after WWII, railways began to decline. The auto industry was booming, and Americans bought cars and houses in suburbs without rail connections. Highways (as well as aviation) became the focus of infrastructure spending, at the expense of rail.

This trend has continued, and not the least because highways require continuous maintenance, while the US’s growing population demands more lanes and roads to relieve congestion. In 2021, only 19% of US transportation and infrastructure spending was on rail. 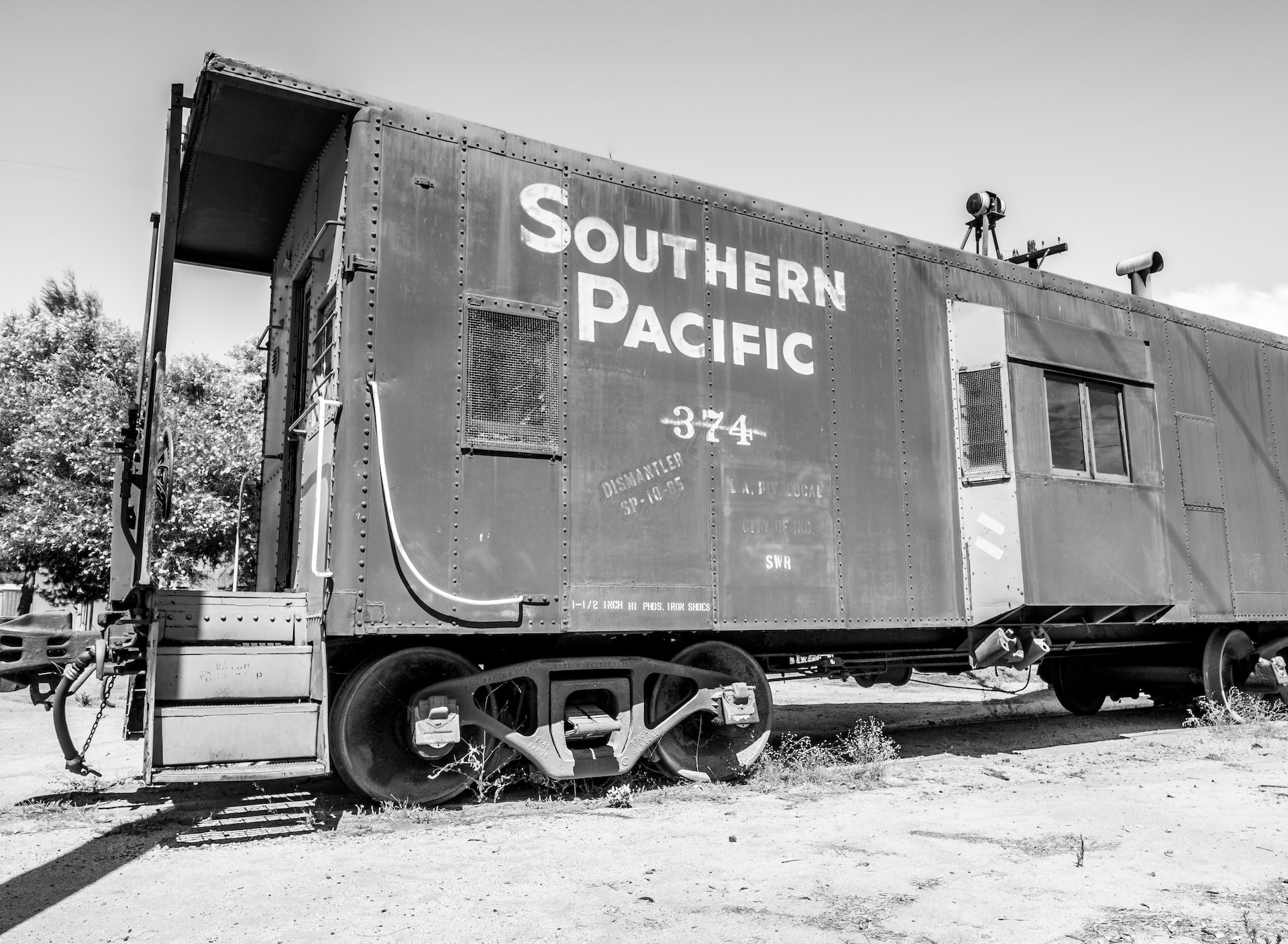 Southern Pacific was one of the rail companies that served the western United States in the 19th century.

High speed rail around the world

In Europe and Asia, high-speed rail enables passengers to travel long distances more quickly than they would by train or plane. On high speed rail lines, trains travel faster than 125 mph. While existing tracks can be used, the train’s speed can be limited by curves, inclines, and the age of tracks.

Japan’s shinkansen, known as the bullet train, boasts speeds of up to 320 mph and travels across the whole of Japan. The London to Paris route takes less than two hours to travel 300 miles. The closest the US has to high-speed rail is the DC-NYC Acela, which is capable of going 150mph but generally goes about half that speed, due largely to the age of the tracks.

New innovations like maglev could push max speeds higher and higher - like the record breaking Shanghai Maglev which can reach speeds of 373 mph. Maglev may also reduce maintenance costs and improve safety. 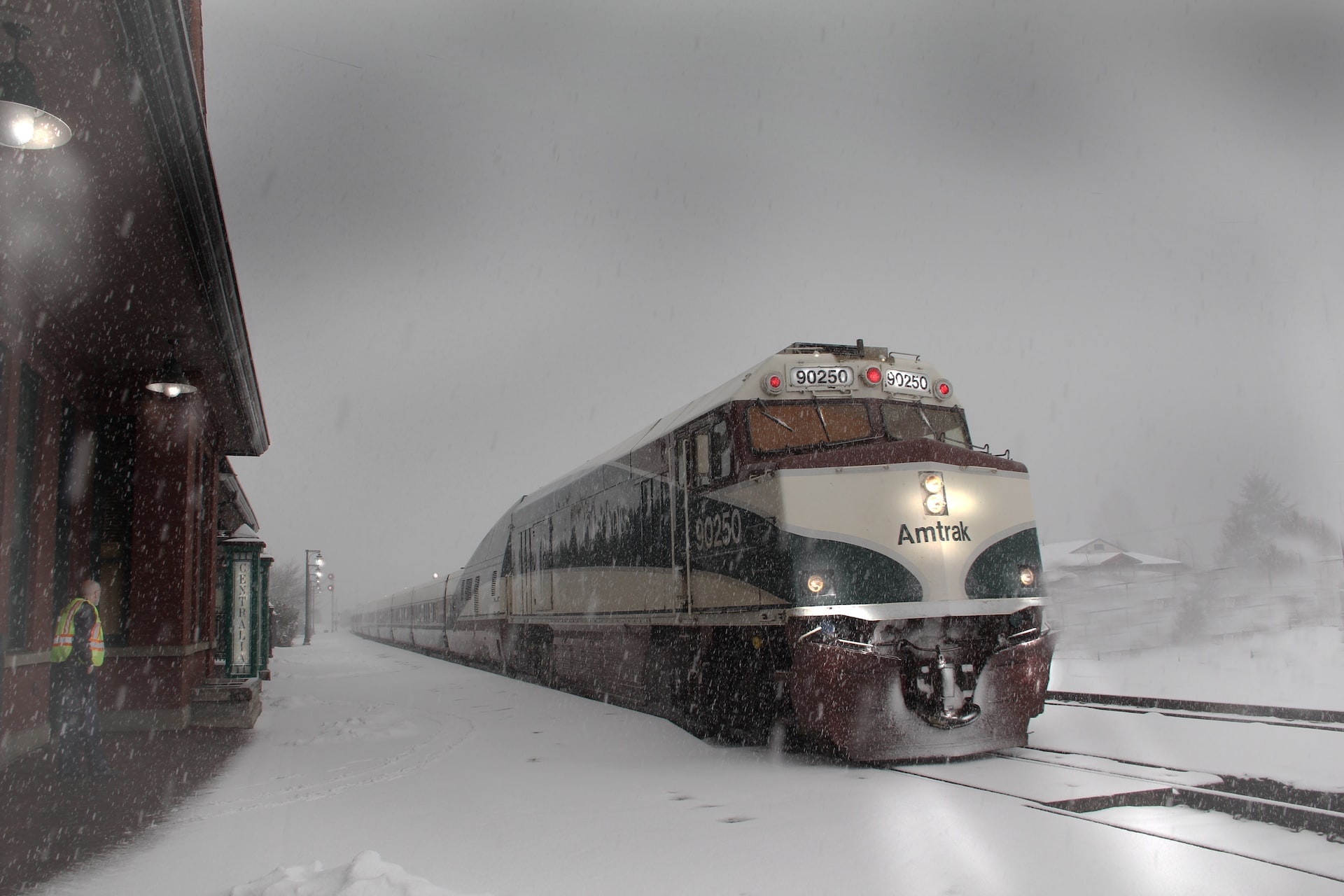 An Amtrak train stops in Centralia, Washington on the route between Vancouver and California.

There are numerous projects aiming to add high-speed rail networks to the US with proposed routes linking Boston and New York; Dallas and Houston; Portland, Seattle, and Vancouver; and LA and San Francisco.

The proposed Boston-NYC route highlights the logistical challenges and high cost of building high speed rail in densely populated areas. The route would require the construction of numerous tunnels, including one stretching 16 miles beneath the Long Island Sound. Coupled with other track modifications needed, it has a current estimated cost of $108 billion.

In Wisconsin, the Madison-Milwaukee line was first proposed by Republican governor Tommy Thompson in 2000. Ten years later it received an $800 million grant from the federal government under President Obama. But later that year, Scott Walker made the railway the centerpiece of his gubernatorial campaign, promising to redirect the funding to roads and bridges instead. After his election, Walker shut down the project. Wisconsin lost almost all the promised funding.

Instead, the funds went to California for the LA-San Francisco line, the only high-speed rail line currently under construction in the United States. According to the New York Times, political compromise turned this relatively simple project into one that was increasingly costly and complex, as the railway was diverted through more logistically challenging routes. The railway is still under construction, but will likely not be able to connect LA and San Francisco when it’s launched given its ever-growing price tag and waning public and political support. 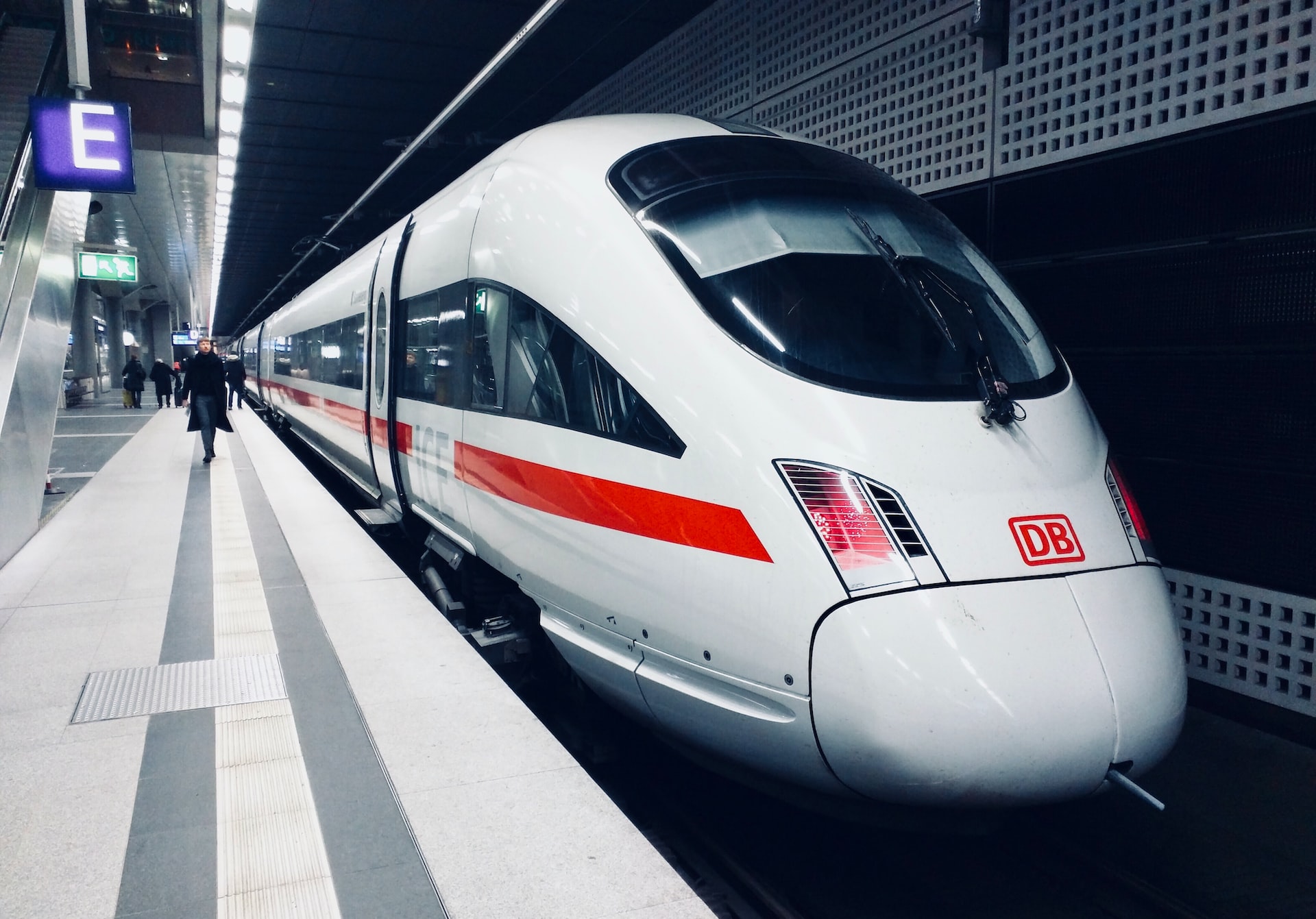 The promise of high speed rail

With all the challenges that these projects face, it might be tempting to abandon them. But proponents say that the promise of high speed rail is too much to pass up. With a smaller carbon footprint than driving, flying, or regular rail, high-speed rail is a promising way to keep Americans on the move while contributing less to climate change. And less drivers on the road means better air quality and less congestion.

And there are hopes that high speed rail can revitalize left-behind cities and suburbs where poverty is rising, connecting them to urban centers. Research shows that high speed rail stations can directly contribute to GDP boosts. The Boston-NYC route, for example, hopes to turn post-industrial towns into commuter hubs. This would also have the benefit of reducing housing costs and population density in congested urban areas.

How can we get there.

It’s hardly scientific, but the dispersal of this meme map attests to the idea’s popularity for some people - moving beyond pricy national flights and hours-long road trips. The vision of high speed rail is that of a different United States - one that is more connected, more accessible, and less polluted. Imagine a Midwest United States where Toronto, Detroit, Chicago, Milwaukee, and the Twin Cities are all easily accessible on a rapid train line, shrinking this enormous region to European scale.

While $65 billion of the Bipartisan Infrastructure Law are earmarked for train transportation, that doesn’t necessarily mean it will be invested in high-speed rail. If we want to see high speed rail become part of the landscape in the US, we must advocate for it. Check out and consider supporting these organizations, sign petitions and write to your state and federal representatives in support of high-speed rail - especially if there is a project in the works near you.