Why Ozone Levels Pose a Challenge to Food Security

When present in the lowest atmospheric layer – the troposphere, 8-14 kilometers above earth – ozone becomes a concern for human and plant health. Wikimedia

Ozone is a well-known and interesting gas. It is thought of as a “good” gas when present in the stratosphere, where it forms the ozone layer sitting 15 to 30 kilometers above Earth that protect life from detrimental ultraviolet radiation.

But when present in the lowest atmospheric layer – the troposphere, which extends 8 to 14 kilometers above Earth – ozone becomes a concern for human and plant health. It is also the third most important greenhouse gas after carbon dioxide and methane. There’s substantial evidence that ozone is one of the most phytotoxic (toxic to plants) air pollutants, causing significant damage to agricultural crops worldwide.

A combination of pollutants

This is partly because ozone is a secondary air pollutant: it is not emitted directly, but is formed when other primary pollutants – mainly oxides of nitrogen (NOx), carbon monoxide (CO) and volatile organic compounds (VOC), which are emitted mainly from the burning of fossil fuels in transport, industry and power generation – undergo photochemical reactions under sunny conditions.

Several hours are required for these photochemical reactions to occur, meaning that ozone concentrations are often higher downwind of urban and industrial centers.

Some important agricultural regions located close to urban and industrial centers experience elevated ozone concentrations, these include the Midwestern USA, much of mainland Europe, the South Asia’s Indo-Gangetic plains, and the coast of China.

In these regions, ozone concentrations frequently become high enough to affect crop physiology, growth and yield. Hemispheric transport of ozone and its precursors can also occur so that emissions in one continent influence concentrations in another, for example, North American emissions can affect ozone-induced yield losses in Europe.

Ozone levels have doubled since pre-industrial times due to anthropogenic emissions. Because of stringent air-quality controls, peak ozone levels have declined over the last few decades in Europe and North America. However, the “background ozone”, which is the ozone concentration in absence of local anthropogenic sources, has been increasing over the past few years globally.

In developing countries, especially South and East Asia, ozone levels are rising and this trend will continue at least until 2030 unless emissions of ozone precursors (NOx and VOCs) are reduced significantly. 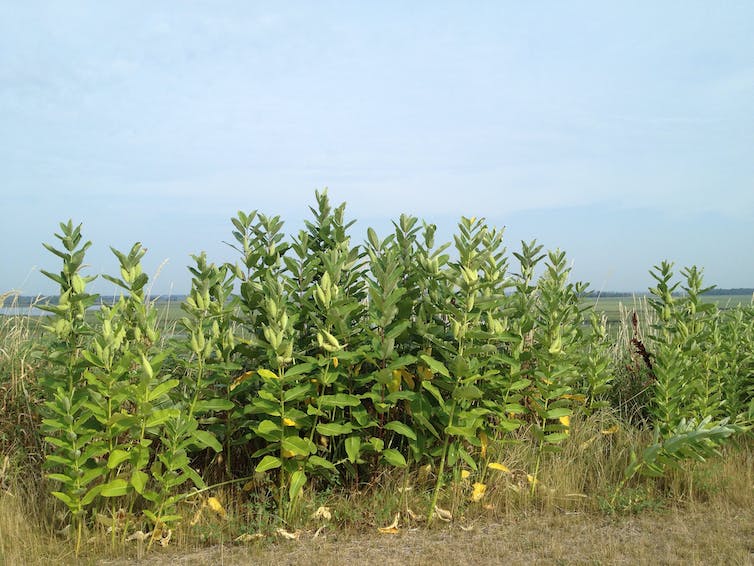 Milkweed can be used to monitor for ozone as the leaves are sensitive to the pollutant. Ozone damage is seen on the upper leaf surface (black in color).Wisconsin Department of Natural Resources/Flickr CC BY-SA

It is important to note that regions experiencing high current and future ozone levels also hold a prominent position in global agriculture and food production and are vulnerable to food insecurity.

China and India are important examples of countries where ozone pollution already threatens crop production. In India, up to 14 and 6% yield losses in wheat and rice, respectively, are estimated to have been caused by ozone.

Ozone thus adds yet another factor to the existing nexus of poverty, malnourishment and climate-change effects that challenge food and nutrition security in some of these regions. It is also important to consider that instability of these food systems will have far-reaching socioeconomic implications via changes in food prices, farm incomes, consumer behaviors and nutritional access for different groups of society, including women.

At the same time, closing the yield gaps in existing and future agricultural regions is essential for global food security. 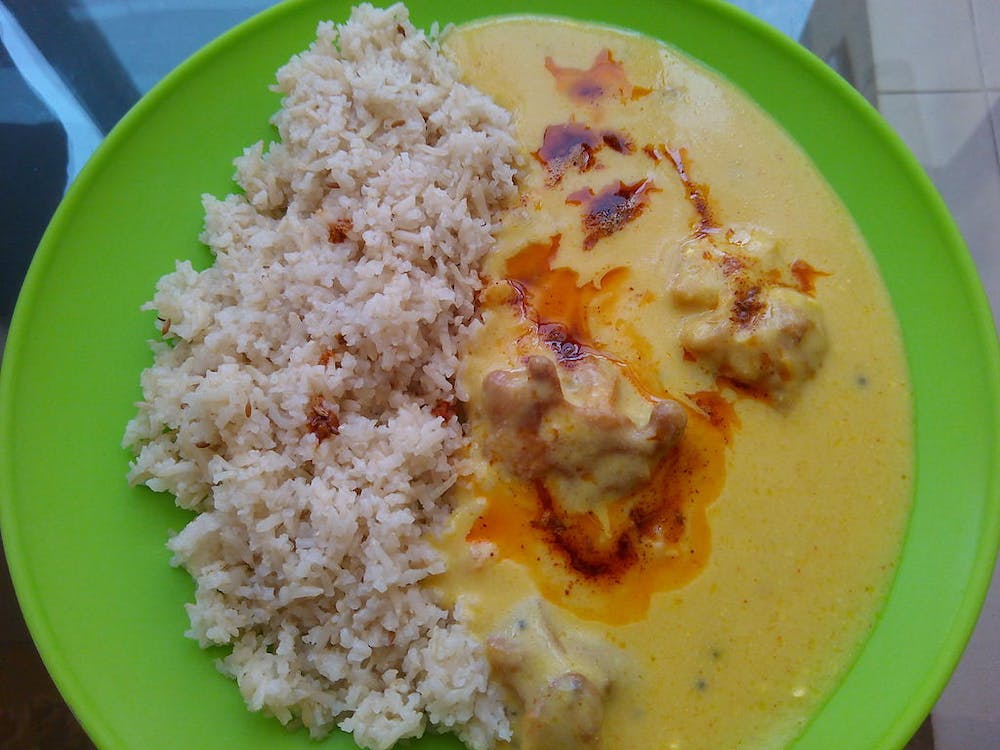 Farmers and policymakers often fail to identify air pollution as a contributor to lower crop yields and air quality concerns remain focused on cities and urban centers where elevated pollution impacts human health. Therefore, it is important that media, scientists and environmental activists take a lead to reach out to farmers, public and policymakers, and provide them with evidence of risk and damage and cooperate in understanding where solutions are required to abate ozone pollution and its consequences.

This is particularly important because air-quality monitoring is generally focused on urban and semi-urban areas. This report synthesized information from 15 ozone-monitoring networks over the world, including the European Monitoring and Evaluation Programme, along with data collected by individual researchers or smaller regional to national networks.

Such networks will allow integration of information on ozone pollution with the potential to provide early warnings of ozone episodes (which can often last for days to weeks) helping farmers to minimize crop loss through suitable management practices.

Research to develop resilient agricultural systems would ideally integrate adaptation to avoid the worst effects from ozone pollution alongside climate change through improved crop breeding and agronomic practices. However, it is an absolute necessity to understand the linkages and interactions between air quality, climate change, agriculture, food supply, and associated socio-economic implications at the local, regional and global scale to generate a complete picture of the problem and thereby offer effective solutions.

Created in 2007, the Axa Research Fund supports more than 500 projects around the world conducted by researchers from 51 countries.

This article was originally published on The Conversation. Read the original article.