With states around the country still under stay-at-home orders because of the coronavirus, and some areas beginning to reopen at partial capacity, the outdoors is among the only places for nearly millions of Americans to go.

Yet despite the importance of fresh air and exercise, some public spaces have closed, from beaches in Orange and Los Angeles Counties to New Jersey’s state parks (which Gov. Phil Murphy reopened just days ago). As photographs of crowded beaches in Florida and parks in New York City demonstrate, along with images of sidewalks too-narrow to accommodate long lines of people waiting to enter supermarkets, it can be difficult to keep six feet away from others. And with warming temperatures, restrictions beginning to ease, and social distancing guidelines entering their third month, people are only more likely to leave their homes for public parks and streets--especially in cities where private outdoor space, like backyards and roof decks, is a rarity.

To accommodate crowds while also supporting physical distancing, cities, towns, and counties across the U.S. and around the world have banned or restricted car traffic.

It’s an approach that’s garnered support from public health experts, urbanists, and advocates for sustainable transportation. As part of its “rapid response” toolkit for cities to address the coronavirus, for instance, the National Association of City Transportation Officials, a group of 84 cities throughout North America, suggests that cities “relieve crowded areas (i.e. park and narrow sidewalks)” by such measures as closing or limiting car traffic. Other organizations, such as Rails to Trails, Smart Growth America, and cyclist-advocacy groups have outlined concrete steps to open streets to walkers and cyclists, from identifying specific streets for closure to sharing routes for expanded bike lanes to showing how to enact these changes, with examples of signage and barriers. And public leaders like New York City Council Speaker Corey Johnson and Council Member Carlina Rivera have thrown their support behind such measures, introducing bills to do so (New York City closed its first seven miles of streets to traffic May 2).

The country’s hundred or so “Open Streets” initiatives showcase a variety of approaches to reclaiming public space for cyclists and pedestrians: from miles to blocks closed to vehicular traffic, to temporary closures limited to a few days, to daily restrictions during set hours. Still other municipalities have added bike lanes and temporarily extended sidewalks with cones, barricades, and other barriers. But a growing number of urbanists, planners, and scholars are seeing the moment as a global opportunity to reconsider street design, so to shift away from designs that prioritize the car above other interests to “Complete Streets” that provide safe ways for cyclists, drivers, walkers, and public-transit riders to get around.

In the United States, the cities that have placed the most significant restrictions on car traffic include Minneapolis, which closed more than 20 miles of parkways until late May, and Denver, which in early April closed some 16.1 miles of streets and parking lots to traffic.

Still other municipalities are reducing speed limits or only permitting local traffic. Oakland, California will make some 74 miles of streets throughout the city “slow streets,” making it safer for people to travel on foot and by bicycle. Smaller municipalities like Malden, Massachusetts, a city of 60,000 north of Boston, are experimenting with similar measures. Elsewhere, cities are eliminating parking lanes to “extend” sidewalks, create larger bike lanes, or make space for customers to practice social distancing outside pharmacies, groceries, and other essential stores. 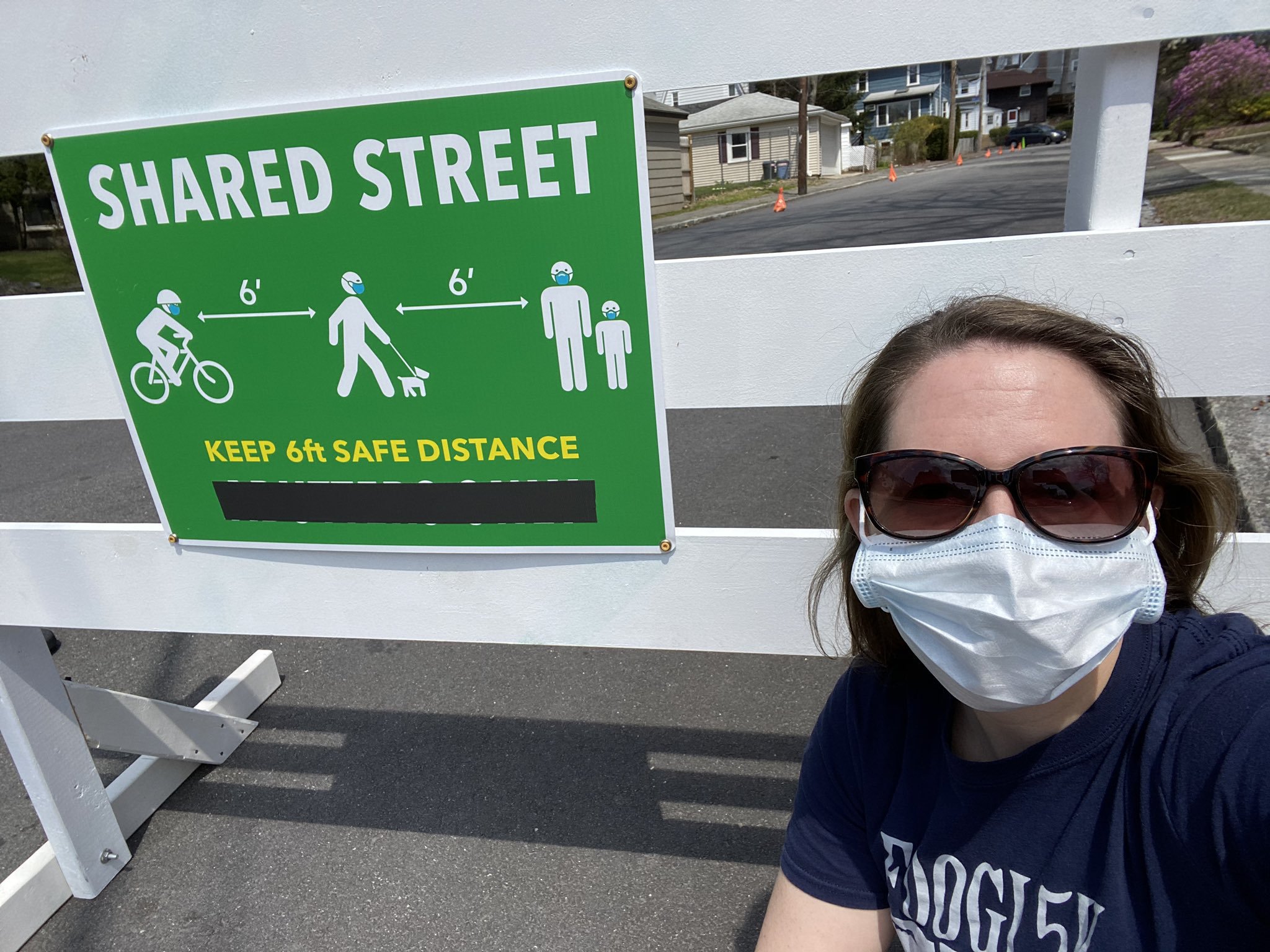 But not all public leaders have embraced the movement, saying that opening streets might give people a false sense of security regarding the need for continued social distancing. D.C. Mayor Muriel Bowser, for instance, has resisted calls to do so. "I don't want to send the message to people to go out and have a festival," she said on the Kojo Nnamu show in early April. (D.C. recently restricted car traffic in its parks and closed curbs in front of some grocery stores to ease crowding.) And New York City Mayor Bill de Blasio, with support from the New York Police Department and Department of Transit, also resisted opening the City’s streets for nearly a month, expressing concern about doing so safely and with adequate enforcement. Frustrated, some residents are opening streets themselves, moving temporary barricades and orange cones to block traffic from streets and open them to people.

Taking the place of public transportation

The World Health Organization recently recommended “riding bicycles or walking” instead of taking public transit “when feasible.” Doing so “provides physical distancing while helping you to meet the minimum requirement for daily physical activity,” which has become more difficult because of closures and teleworking, according to the organization.

What’s more, for many walking or cycling are now the only ways to get around, given the degree to which public transit around the country, and the world, has been reduced. In Seattle, for instance, only 34 of King County Metro’s 219 routes are operating at “normal or near-normal levels,” according to Dan Ryan of the Seattle Transit Blog. Nearly half—104 routes—“are not operating at all.” Metro Transit in St. Louis, Miami-Dade Transit, and Bay Area Rapid Transit have also seriously curtailed service. And New York City’s Metropolitan Transportation Authority will halt subway service between 1 and 5 a.m. to disinfect subway cars and stations.

Supporting other safe ways to get around also helps to protect transit workers, who are considered essential workers and who, until recently, lacked adequate protective equipment like face masks. In fact, nearly 100 transit workers across the country have died from Coronavirus, according to an investigation by the Guardian. 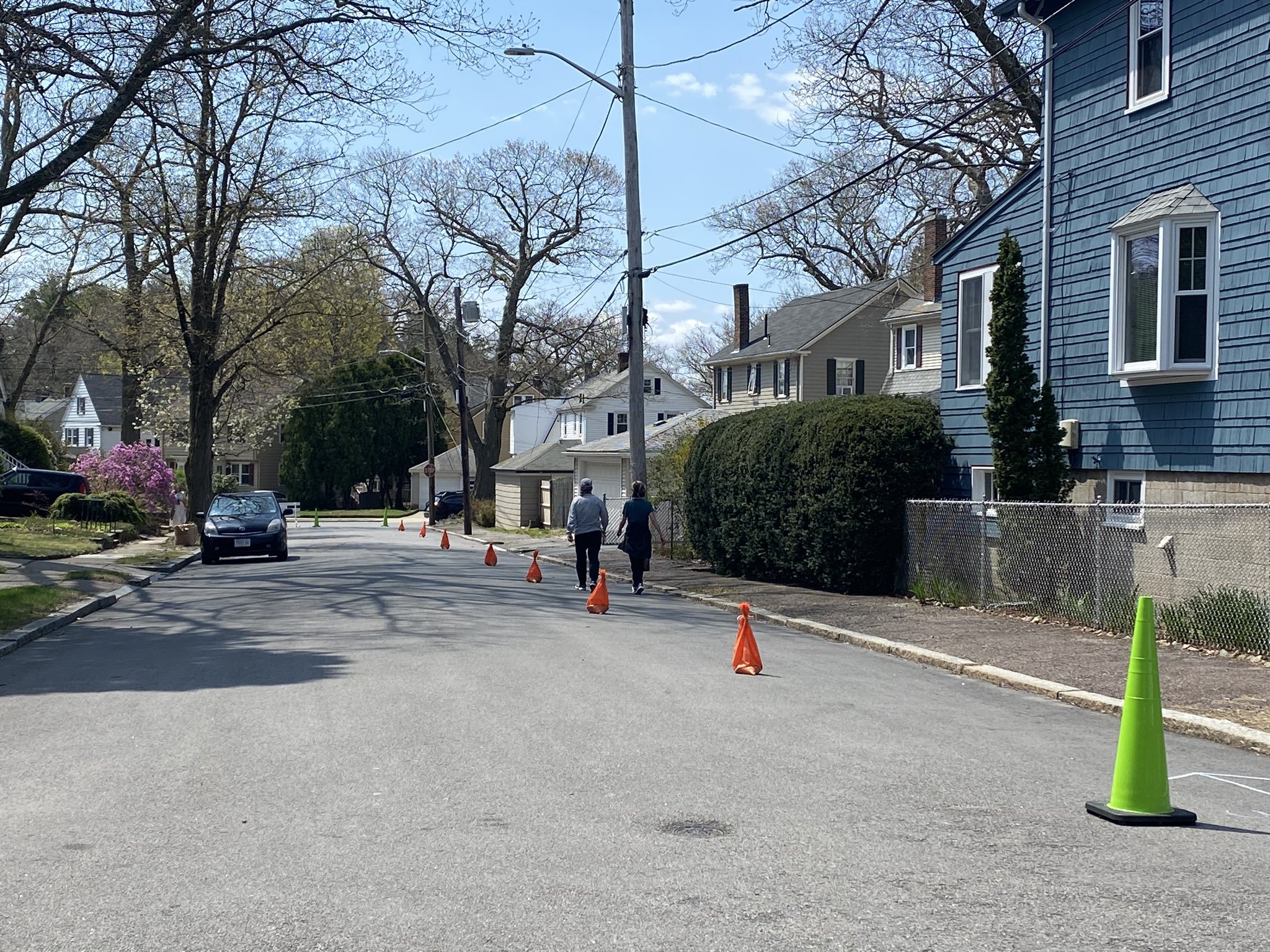 While the bulk of the opening efforts in the U.S. are temporary, cities elsewhere are using the opportunity to enact measures that will become permanent. In Lima, Peru, the city is planning to build a total of 301 kilometers of new bike lanes that it will upgrade and make permanent, while Paris plans 650 kilometers of bike lanes. In each city, the new routes comprise a planned network. Paris’s plans, for instance, come from the city’s “Plan Velo,” which Mayor Anne Hidalgo unveiled in January, before the pandemic hit.

“The pandemic challenges us, but it also offers a once-in-a-lifetime chance to change course and repair the damage from a century of car-focused streets,” former New York City transit commissioner Jannette Sadik-Kahn recently told the BBC’s Francesca Perry. “Cities that seize this moment to reallocate space on their streets to make it easier for people to walk, bike and take public transport will prosper after this pandemic and not simply recover from it.”

Rachel Somerstein is an assistant professor of journalism at SUNY New Paltz.

How Native Plants Can Benefit Your Garden

What is Greenwashing and Ways to Spot it

You’ve heard the term greenwashing but what does it refer to and what should you look out for when testing...
Continue Reading
Eco-Living

Living with Eco Anxiety in a Changing Climate

Eco anxiety is a new American affliction as people feel overwhelmed with their emotions around climate change and the future...
Continue Reading