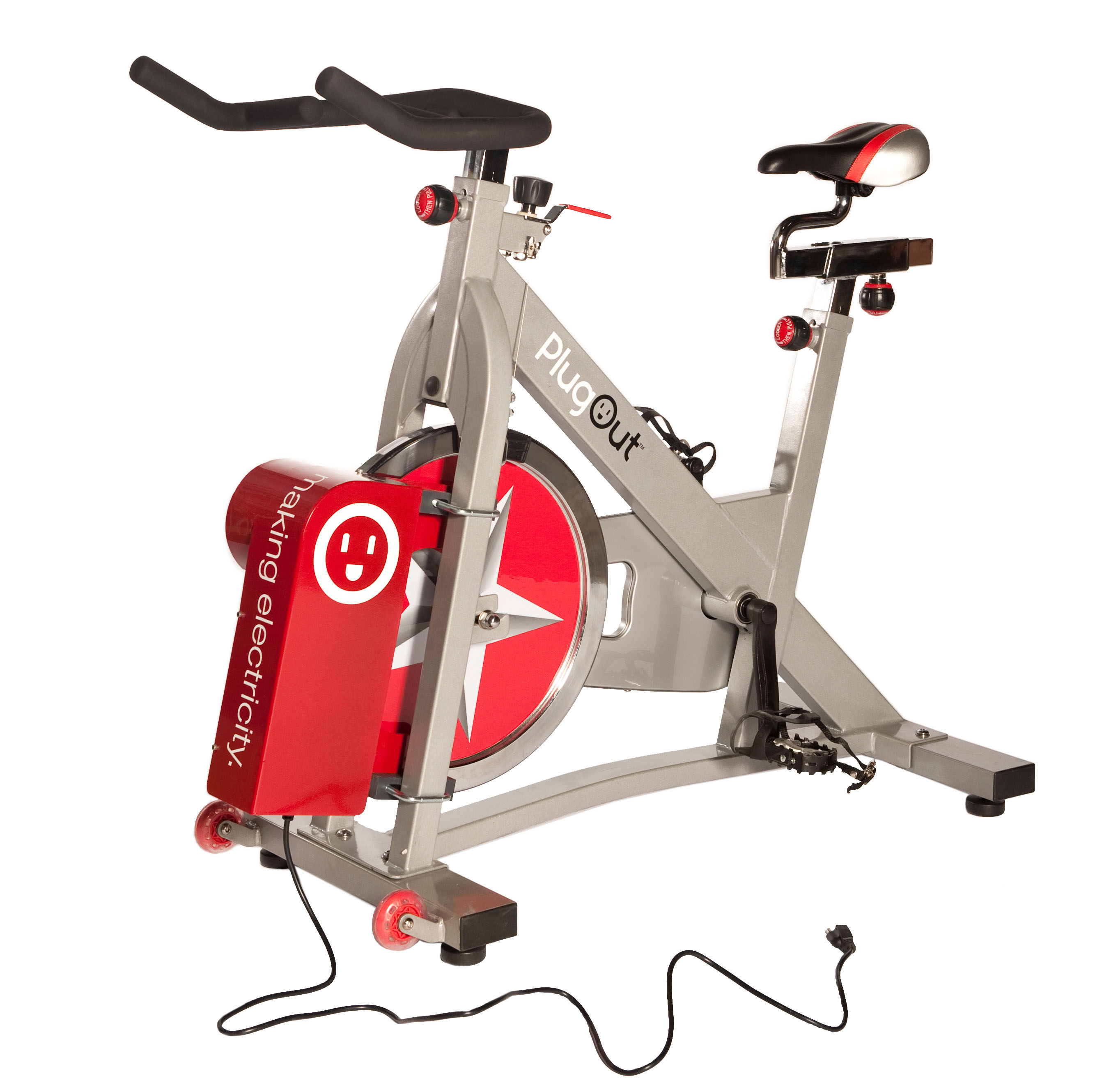 Imagine going to your morning spinning class, getting a great workout, and producing clean energy, all before breakfast. This isn’t some dream of the future – it’s something you could do tomorrow at certain gyms across the country.

That’s right, all of that energy you expend in your workout can be converted into usable electricity. Several companies are already making it possible. Based in Seattle, PlugOut specializes in making cardio equipment that returns electricity to the gym’s electrical system by plugging the standard three prong power cord that is included with the unit directly into a standard outlet. If the building isn’t using any electricity it will be returned to the power grid, essentially spinning the building’s meter backwards.

For gyms with fleets of cardio equipment who may not want to invest in all new equipment there are companies like ReRev that retrofit existing equipment to do the same thing. According to ReRev’s website, a typical 30-minute workout produces 50 watt hours of clean, carbon-free electricity. That’s enough electricity to power a laptop for one hour. Though that may not sound like a huge amount, think of how much cumulative power is generated by the legions of people who go to the gym on any given day.

Using PlugOut equipment, Portland’s Green Microgym is focused on maximizing energy creation. According to their website, through energy creation and saving culture, in 2010 they generated 36% of their own electricity, and saved 37,000 Kilowatt hours or 85% (compared to traditional gyms per square foot). Those 37,000 Kilowatt hours saved are equal to 74,000 pounds of carbon emissions, 81,400 miles not driven, or 15 acres of trees planted.

PlugOut equipment can be found at fitness centers nationwide, and ReRev has an impressive roster of universities, private gyms and organizations (including the US Air Force) who use their equipment. With any luck, and maybe a nudge from customers in the right direction, your local gym will recognize the potential to save energy and money. With this new technology on your side you could be on the path to becoming a lean, green, alternative energy machine.