This story was originally published on Energy News Network.

Most students in Advanced Placement courses spend months focused on getting ready for the AP test, which can yield college credit in high school.

A group of AP environmental science students at Oconomowoc High School in Wisconsin this year had a broader focus: the planet’s future.

The high school students participated in a range of community environmental projects as part of a deep dive into the United Nations’ Sustainable Development Goals. Among other projects, they documented and helped publicize a Wisconsin couple’s green home renovation, and helped Wisconsin Citizen Utility Board (CUB) connect with Spanish-speaking residents about energy conservation and clean energy.

For months the students shadowed and documented sustainability marketing consultant Lisa Geason-Bauer and her husband as they acquired solar panels, battery storage, a heat-reflecting roof, LED lighting, and other innovations for their home in Nashotah, Wisconsin. The renovation and the work the students did around it were in keeping with the UN goals of responsible consumption and production, climate action, and quality education, explained their teachers and Geason-Bauer.

The students created bilingual explanatory materials, worked on the project website, and spoke at a ribbon-cutting along with local officials on Earth Day. One student’s speech “brought tears to our eyes,” Geason-Bauer said.

It was all part of a years-long collaboration that previously earned Oconomowoc teachers Danielle Chaussee and Kelly Holtzman the 2020 Energy Educators of the Year award from a state program supported by utilities and based at the University of Wisconsin-Stevens Point. Working with CUB was meant to help further the UN sustainability goals of promoting affordable and clean energy.

“CUB’s goal is to help you save money on your energy bills by using less energy. When we use less energy, the planet benefits!” says a colorful impact report produced by the students.

The students also mentored local elementary school students and helped them do experiments on the impact of water pollution on plants and plastic pollution on aquatic life, and they tapped Mexican cultural traditions like Día de los Muertos and folkloric art in working with students and neighbors from immigrant communities. They also raised $750 to plant 184 trees — more than enough to offset the 134 trees’ worth of paper that they estimate their school uses in a year. Two of the trees were planted at Geason-Bauer’s home, the headquarters of her business Evolution Marketing. 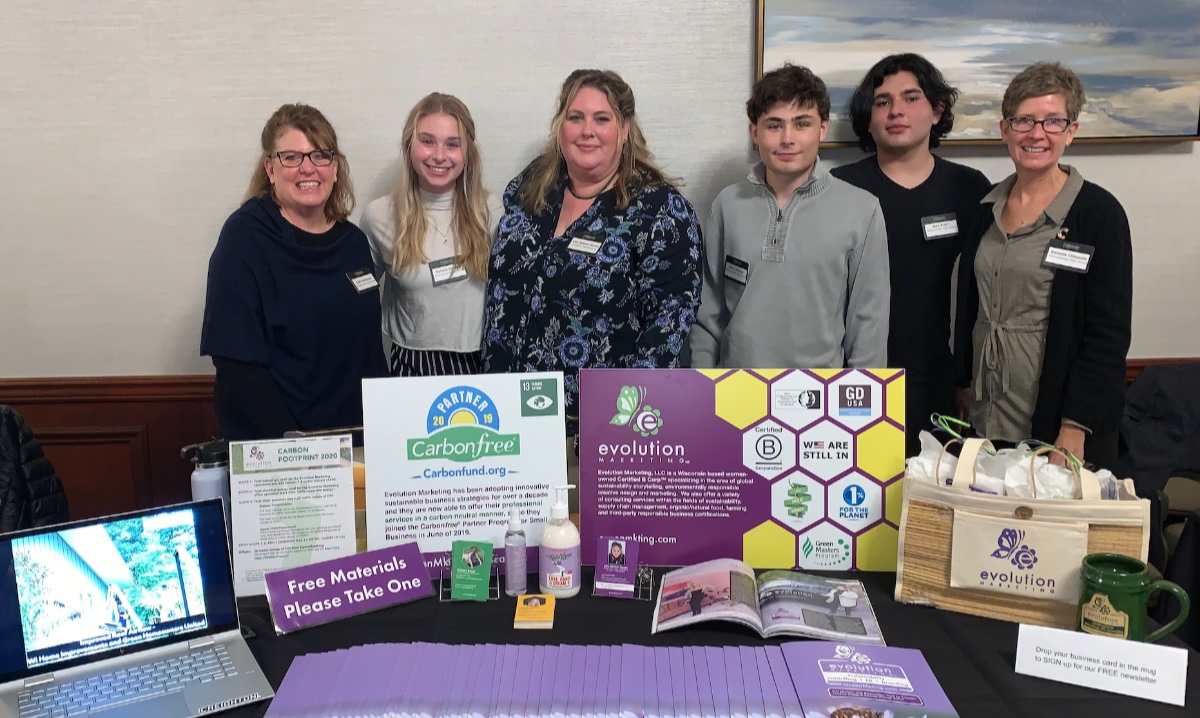 The students told the Energy News Network that drastically greening Geason-Bauer’s home was more straightforward than they might have imagined, and showed common sense ways that people can help mitigate climate change.

“Solar panels and white roofs can be installed in all communities no matter the income of the area,” added Collin Carmody. “The faster that more people have access to these environmentally friendly ways to live, the faster we slowly start to fix the problems that we have created on our wounded planet.”

Geason-Bauer and her husband, Mike, bought the home in 2018 and started rehabbing it for increased efficiency, soon earning a 5 out of 10 on the U.S. Department of Energy’s Home Energy scale. The couple wanted to do better, so they sought financing for more expansive renovations, ultimately refinancing the home to leverage funds through the sustainability-focused financial institution Greenpenny.

Green loans, mortgages and refinances offer better rates than conventional loans, and homeowners can use the savings from energy efficiency and renewables to help pay off the loans. Geason-Bauer estimates that after spending $80,000 on the upgrades, they will save about $150 a month compared to utility bills if they otherwise would have paid. With those savings, they plan to pay off the mortgage in 18 years rather than the standard 30.

Geason-Bauer and her husband were able to access the 26% federal Investment Tax Credit for the solar and storage. Their Generac battery means they can survive without grid power if necessary for several days based on their typical use, or send energy back to the grid. They also installed an electric A/C system with a heat pump and electric hot water heater, after their archaic gas boiler died.

Geason-Bauer noted that her roof meets California’s stringent green building standards, and resulted in an insurance discount. It is built to withstand 140 mph winds, which Geason-Bauer said is comforting since the area can experience extreme storms or even tornados. The roof is from Malarkey shingles made in Oregon using recycled plastic bags and tires, and it can stay 20 degrees cooler than a conventional roof would, according to Geason-Bauer’s website.

“I learned how much safer this type of roof is for the environment,” noted Scaffido. But she added that even with financing options like Geason-Bauer accessed, “We are aware that not everybody is capable of affording the costs of renovations” like a new roof.

“Those who belong to lower-income communities can make changes to their lives for little to no cost,” she said. “An easy one is to just use less energy; turn off lights, don’t run AC or heat unless necessary. There are so many ways for everyone to make little changes. But that is the problem, people think that these little changes won’t have a big impact, but in reality, they do.”

This piece is republished from Energy News Network under a Creative Commons license. You can read the original article in its entirety here.

Kari Lydersen is an author and journalist who worked for the Washington Post's Midwest bureau from 1997 through 2009 and has written for Energy News Network since 2011. Her work has also appeared in the New York Times, Chicago News Cooperative, Chicago Reader and other publications. Based in Chicago, Kari covers Illinois, Wisconsin and Indiana as well as environmental justice topics.